On the eve of the long All Saint's Day weekend, I had a meeting with a friend and a fellow real estate broker. We were in the vicinity of Timog Ave. in Quezon City and we passed by a newly constructed mid-rise building. I told my friend that that building wasn't there a few months ago and that there used to be a fenced vacant lot in its place. My friend said he knows the history of the property and he told me that the lot wasn't sold for a long time because it is reputed to be a haunted property. Ghost and spirits were known to inhabit the old house that used to stand in the said lot. Now that the property was finally bought, and with a beautiful and modern building constructed in it, its reputation that it is haunted will finally be laid to rest. 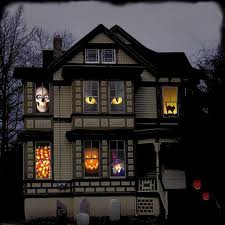 I had an experience of offering a house for sale where somebody died. Initially, I didn't know that the house has a "history" and I wasn't informed by the owner about it. I eventually learned about its history from the neighbors and verified what I learned with the owner. The owner admitted that indeed somebody died in the house. From then on, I tried to offer the house with a "briefing on its history" to the potential buyer. So far, no takers. To these day, the house is still unsold and unoccupied.

True or not, I guess a lot of people still consider properties tagged as "haunted" as macabre reminders of the past.